It’s one thing to decide you want your man back, but it’s quite another to actually succeed in GETTING him back. A big part of that is in the understanding of why men tend to leave in the first place. You want to make sure that when you get him back, you can keep him. After all, that’s the whole point, right? With that in mind then, here are the top five reasons the men in your life are most likely to leave you for (even if they say it’s something else).

Yes, it’s a two-edged sword. If your man cheats, he wants and expects to be forgiven. If you cheat, it’s largely seen as the unforgiveable sin. There’s usually no taking it back, and there’s almost nothing you can do to win your man back after you’ve been unfaithful. Men prize and value loyalty over just about anything else. If you prove yourself disloyal, even if he takes you back, the well has been poisoned, so to speak. He’ll never fully trust you again. In the back of his mind, he’ll wonder what you’re doing and who you’re doing it with when he’s not around.

Men generally want to commit. They like the idea of a long term relationship. It’s got lots of advantages for men, not the least of which is the fact that men in committed relationships tend to live an average of ten years longer, and of course, they find the steady diet of sex to be appealing. What they don’t like though, is the feeling of being bullied or pressured into a long term commitment. Here, the best approach is to make your man think it was his idea to begin with. The more often you bring the topic of marriage and kids up, the more he’s going to resist you. You want to plant those seeds in his mind, make it obvious that you’re a great catch, and would make a wonderful wife and mother, and leave the rest to him. He’ll get there.

Independence is sexy. Self-confidence is sexy. Clingy…not so sexy. Okay, it’s actually not sexy at all. Your man will probably feel as though you’re suffocating him. He needs some space in order to be fully happy, and the reality is, you do too! The best, longest lasting, most successful relationships are those between two people who have their own interests, but also happen to love spending lots of time together. Be that person. It’s what every man wants.

4. Needs Not Being Met

This is a big one. If your man feels as though one or more of his needs isn’t being met by you, then you can bet he’ll be looking around to see where he can get those needs met. He’s going to get them met from somewhere, men tend to be pragmatists when it comes to their own needs. In some ways, that’s a good thing, and can be a positive. Just understand that if he’s told you he’s unhappy because one or more of his needs isn’t being met, you can bet that he’s looking to find a person who can or will meet them. Often, these are sexual needs, but of course, it’s not limited to JUST sex. It could be any need.

Men tend to have fragile egos. A big part of keeping your man happy is to keep his ego stroked. Not in a blatant, obvious way of course. They’re smarter than that, and will see right through a heavy handed approach. But a big part of a man’s contentment in a relationship is wrapped up in the knowledge that he’s respected and appreciated. If you take the time to demonstrate that, you’ll minimize the chances of his leaving you for someone else. 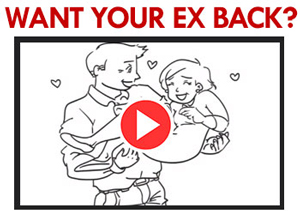